What Is The Difference Between Host And Server? 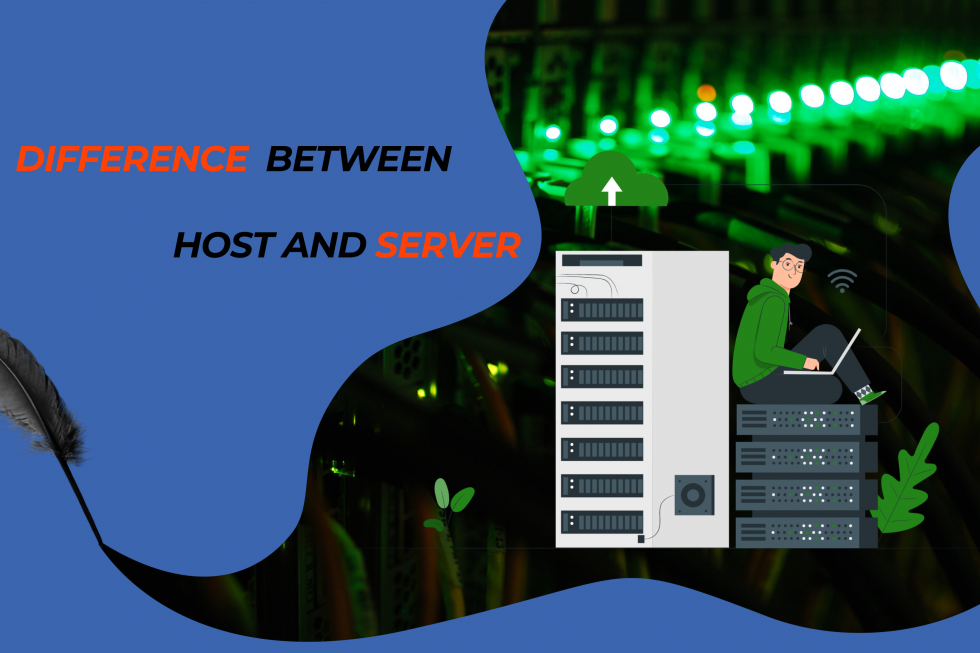 Have you ever noticed how some people practically interchangeably use the phrases “host” and “server”? The difference between host and server is typically one of those terminology confusions that genuinely makes the IT-savvy guru’s blood boil. It’s common for non-techy people to mistake terms and slang. Many of you reading this may wonder, “What’s the difference?” And that is the precise question we will respond to.

For readers who want a short answer, we can conclude the answer by saying that a server is a software or hardware device that assists in providing network services. In contrast, a host is a computer that connects to a different network. However, if you want to learn more, you can read the rest of the article.

What is a Host?

A device connecting to other comparable devices or computers on a network is referred to as a host. Laptops, computers, and smartphones are some examples of that.  A network consists of various devices, each of which has an IP address. This device are be equipped with software that enables network communication with other hosts.

Each device on the network will have an IP address that can be used to distinguish it from other devices. When a host has to communicate with another device, the data travels to the correct designation using the IP address of the target device. Sometimes hosts interact over the network using hostnames rather than IP addresses, in which case the DNS will translate the hostname into an IP address.

You can’t categorize all devices as hosts. Hubs, switches, routers, and WiFi boosters are examples of devices that cannot be classified as hosts since they do not have their own IP addresses.

What is a Server?

A server is hardware or software that supports other networked devices. The term “client” describes devices utilizing the services the server provides, and this client can be either hardware or software. Multiple connections and client connections are possible on a server. A single client can similarly connect to various servers and access services. You can run the server on a different device or run both the server and the client on the same device.

What are the various types of servers?

Web servers deliver HTML files or pages to browsers. They store and deliver web pages upon receiving a user request. Most websites include HTML texts, style sheets, graphics, and more. To put it simply, you will need a computer to run a website, and that computer is called a web server. The web browser, whether it be Google, Yahoo, Bing, or any other are simple examples of this type of server.

These servers control and maintain the data used by other network-connected devices. A few examples include Oracle, Informix, and Microsoft SQL.

A mail server serves the function of sending and receiving electronic mail, often known as emails, to a particular receiver, much like AOL, Gmail, and Microsoft Outlook. Both local users and distant senders can participate in this interaction.

A hard disc or USB drive are examples of devices that can store and manage files. These units interact with other networked units to provide access to the data kept on the file server. You can also utilize Google Drive as a file server as well.

These servers are programmes in a network that interact with other devices and supply the app’s logic. Enterprise JavaBean and Java 2 Platform are two examples.

In conclusion, all servers manage and store data in some capacity, as well as share knowledge and organise calculations. In order to guarantee seamless operation and communication, each type of server is designed to perform a particular function.

Difference Between Host and Server

A server is a software or hardware device that offers services to other programmes or devices on the network, whereas a host is a computer or other device that connects to the network.

While a server shares resources and offers services, a host only shares and consumes resources.

While a server can connect to other devices through the Internet or a Local Area Network (LAN), a host can only do so.

Inventions of hosts and servers occurred in 1995 and 1989, respectively.