What Is Lean UX And What Are Its Benefits? 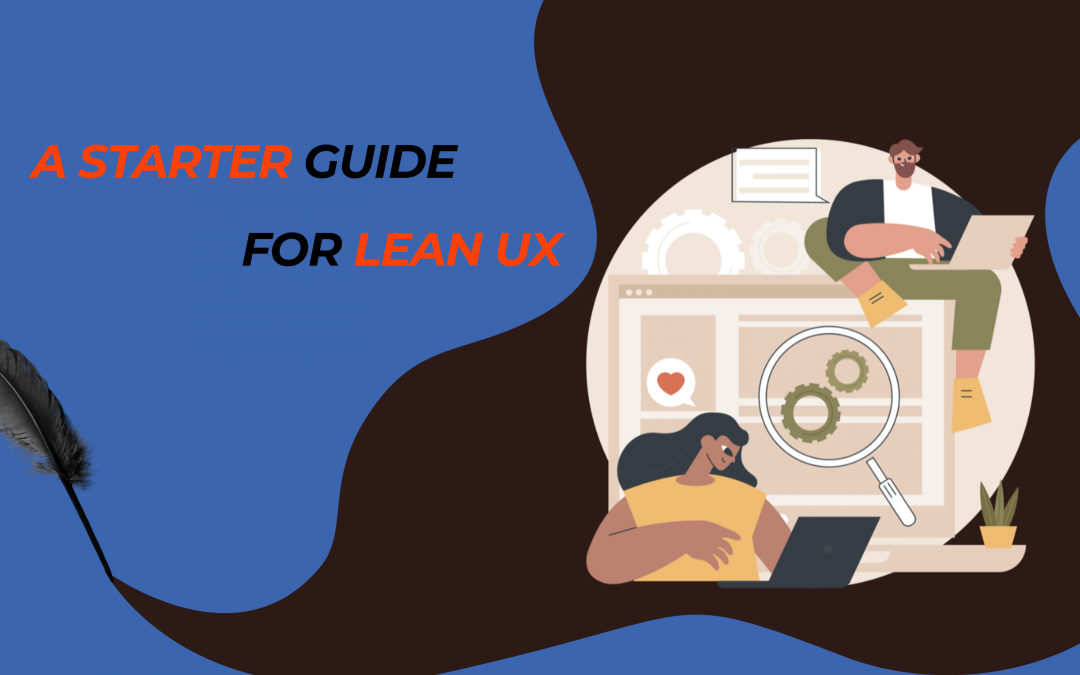 A good management system is essential when it comes to producing experiences that amaze your users. It’s not enough to create a product and hope your customers like it. You require a procedure that enables you to produce that product and make improvements. Collaboration across teams and departments is vital for this, as is regular communication with your users. That can appear to be too much to handle. After all, how can you involve numerous teams and stakeholders while maintaining a consistent balance between the needs and expectations of your users? This is when Lean UX comes in handy.

All too frequently, designers will move on with the product full-bore before discovering that the requirements have changed. Also, the stakeholders might not be satisfied with the outcome. The team must start over. Even at the expense of spending months working hard and conducting research, which costs the business time, money, and resources. Lean UX strives to change this.

What’s the difference between Traditional UX and Lean UX?

In contrast to traditional UX, lean UX places more emphasis on the designing the experience and less on the deliverables. It demands more team collaboration. Instead of waiting until you have a final product before making the necessary adjustments or enhancements, lean UX constantly asks what modifications and improvements they can make right now. Their main goal is to focus on getting input as soon as possible. Which helps to make decisions quickly. It imitates the rapid, iterative cycles that are inherent in Agile development. This will ensure that you can utilize the data gathered in each cycle.

How does Lean UX Work?

Lean UX is a collaborative, user-centric approach to design that focuses on avoiding wasted time, money, and resources during the design cycle. It is based on the well-known Agile Design Method, wherein the design phases run parallel alongside each other rather than following each other sequentially. The Lean UX strategy promotes the development of a minimal viable product or a product with the bare minimum requirements required to undertake user testing because it believes that a product’s initial prototype will always be incorrect and need improvement.

Finding answers to the issues at hand, then modifying those solutions based on user feedback, is the main goal of this approach. The assumption and hypothesis technique is the process of arriving at these solutions. You should be able to formulate a problem statement by understanding the issues. This will eventually lead to a list of assumptions. The process of developing your assumptions generally involves team brainstorming. Here, everyone generates a list of questions based on the issues that will serve as the foundation for your assumptions. You can then formulate a hypothesis to test your assumptions once you have them.

Then keep going through the process!

What Are the Benefits of Lean UX?

Lean UX helps shorten project duration since the team dives right into production rather than waiting for detailed specifications or extensive research. They create the prototype, test it, and then make the adjustments. Additionally, user testing of the product allows team members to improve it comprehend users’ requirements practically rather than merely theoretically. This can speed up the process of creating a project that is user-friendly. The team and the testers should both receive training on this procedure in order to provide clear feedback based on precise measurable factors in order to shorten the project duration.

You may have noted that the first prototype must be constructed based on a set of assumptions and hypotheses. The first prototype is then made and tested on a customer sample. As the team uses the user’s feedback to refine the prototype until it reaches the desired maturity, this method creates a connection between the developing team and the consumer.

In contrast to the traditional UX process, which is specification-centric, lean UX is user-centric since it prioritizes user needs over project requirements. As a result, Lean UX places the user at the center of the process, resulting in a finished product that the user will find useful and appealing.

The lean UX team collaborates and repeats the process through the prototype and testing phases to incorporate customer feedback adjustments, improve the product, and conduct further testing. Strong team member integration is necessary for this flow. The team communicates with one another frequently rather than working in a solitary atmosphere to ensure that everyone is on the same team and that they work together rather than competitively. This strengthens the bond between team members which results in a cohesive team.

Eliminating time-consuming deliverables is another important benefit of lean UX. , Lean UX abandons deliverables, such as flow diagrams, site maps, and the like, as well as processes focused on documentation. Instead, it shifts toward a technique that is more focused on quality and experience. Why is this important? That’s because anything that isn’t utilized in creating the finished product is seen as time-consuming and wasteful.

Designers can acquire shared knowledge with teammates due to improved approaches. Lean UX also alters designers’ perspectives. The focus of the design process is shifted by lean UX away from the documents being created by the design team. Instead, it focuses on the accomplishments of the design team. As cross-functional collaboration grows, client discussions regarding what product is being built become much more focused on which result is being achieved.

It used to be all about the paperwork and the elements of the system. However, after the introduction of Lean UX, design teams have started to take those elements’ accessibility and usefulness into account.